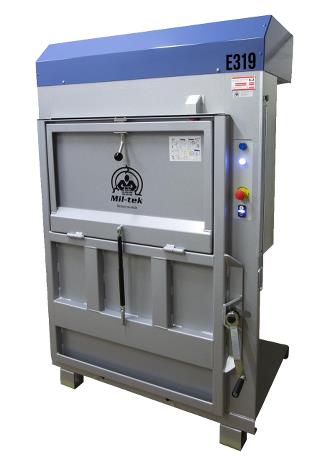 Designed for low-height locations, the E319 stands at less than 2 metres high. The low height coupled with the noise noise of the machine make it ideal for compact locations that do not have access to a source of compressed air.

The pressing plate compresses material with up to 15 tons of force via the unique, self-lubricating, worm drive.

The E319 boasts a modern control panel, auto start functionality as well as the ability to toggle 'press n hold', a feature which locks the pressing plate down without further energy use.

The E319 baler is powered exclusively by electricity, without using hydraulics. Not only does this allow the machine to operate quietly, without interfering with the natural workflow, it also means it can be located in hygiene sensitive areas, without risk of contamination.

Open the top door and start filling the Electric E319 with your waste material. To activate it, simply close the door, and push the button!

A luminated button will indicate when the baler is ready to bale out. Open the door, tie the bale and use the automatic bale out feature.

Preparing for the next bale

Once the bale out has been completed pull the banding through and fix at the bottom of the baler in the shown area. Close the door, and you are ready to bale again, and again.

Make sure the machine is correctly powered and positioned. A white light on the control panel indicates that it is running. Open the upper door and fill the chamber with waste material.

Press the start button to activate the pressing cycle. The E319 can be set to auto-start or can be set to 'constant pressure' (stay n hold), where the plate locks in the 'down' position. Refer to your user manual for detailed instructions

Ensure the pressing plate is down. Open the lower door via the lock crack. Tie off the banding and close the door again. Once you release the pressing plate, an automated bale out function makes emptying the baler a simple process.

Bales from the E319 are typically well compressed and easy to stack, making them easy to transport and more appealing to recyclers. Remember to reset your banding so you are ready for the next bale. 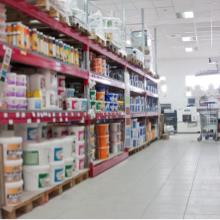 The E319 is ideal for small and medium-sized retails handling a modest amount of cardboard, plastic and packaging material.

Its flexibility in terms of its low height, the low noise and the ease of use make it a very user-friendly and workplace-friendly solution. 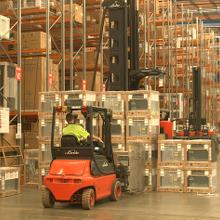 Warehouse that do not have a ready supply of compressed air would be well served by the E319 electric baler.

As it is powered by electricity, without using hydraulics, the E319 can operate quietly in the background of any normal workplace. 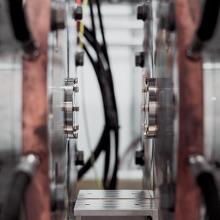 The E319 baler is suitable for manufacturing facilities or locations that do not already have a source of compressed air.

It is powered by electricity, without using hydraulics and operates quietly complementing the normal workflow. The Model E319 can bale multiple materials, assisting on site segregation and reducing carbon footprint 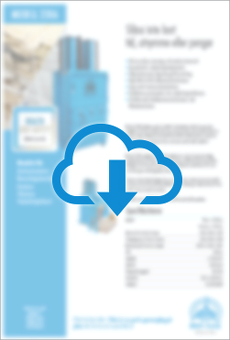